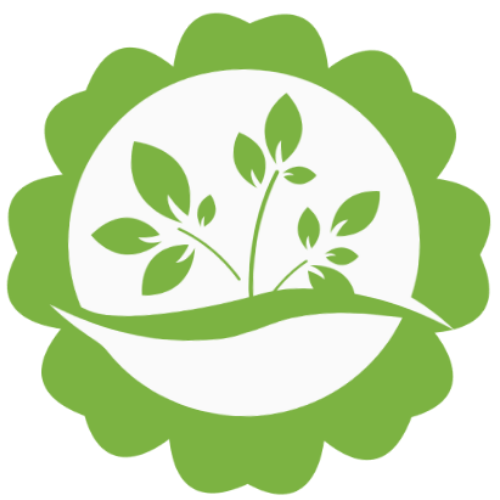 16 Natural Ways to Get Rid of Boxelder Bugs (Boisea trivittata)

Though one of the less destructive plant pests, boxelder bugs can quickly become a nuisance around your home [1]. They feed on plant sap but do not cause much damage. However, you still need to get rid of them.

These distinctive red and black bugs not only form huge swarms around boxelder trees but frequently invade indoor spaces as well.

Below you will learn how to prevent a boxelder bug infestation or keep them away using home remedies and organic control methods.

Here’s how to get rid of boxelder bugs naturally.

These bugs are gregarious insects and often clump together in alarmingly large groups. However, a little soap and water mixture makes an effective home remedy for boxelder bugs.

Mix up a DIY solution of 4 tablespoons of dish soap in a gallon of water. You can use a hand spray around the house but a pump is more efficient in tackling garden swarms.

The soapy water will suffocate and kill some bugs and deter others. Finally, wipe the leftover solution around window sills and door frames to repel future invaders.

The chief benefit of these oils is that each acts as a smotherant, preventing insect respiration.

Horticultural oils seal in the breathing spaces of boxelder beetles, thus suffocating them, destroying their eggs, and breaking their life cycle.

Follow the usage instructions on the container or package.

If you get up one morning to find the house swarming with these pests, the quickest action is to just vacuum them up, remove and destroy the bag.

Avoid squashing the bugs as they are very stinky when crushed and leave brown stains on your walls or carpets.

Colored sticky strips will easily attract these black bugs with red stripes. They will trap them in the gluey substance, making it impossible for the insects to feed and survive.

Hang the traps in the trees or in/near the house, especially in corners where they may be hidden. Remove and replace frequently. This is an unsightly method but effective.

Alternatively, make a homemade box elder bug trap using pieces of cardboard and a sticky substance such as non-drying glue or petroleum jelly.

Use the sticky substance to coat both sides of the cardboard. Next, place your DIY traps in sunny, warm areas around the house. The bugs will get stuck on them.

This is a natural way of eliminating large numbers of pests. You can use any type of vinegar; however, to avoid staining, white vinegar is best.

Combine with water in a 50/50 ratio. Spray in the same way as with soapy water and repeat as necessary. This vinegar solution repels instead of kills.

Box elder bugs give off a powerful smell that is unpleasant to humans but attracts other friends to join the party.

Hosing them down with a strong jet of water will disperse them and reduce the numbers around the trees or house.

Approaching the winter months, you may find more and more black and red flying bugs congregating around and inside your home.

As they cluster together they will push into any cracks in masonry or gaps in the house.

To tackle this, brush off the bugs or vacuum them away and have the gaps sealed with caulk. The critters will also seek out any warm areas and may also need clearing from any hot air vents or electrical fittings.

These bugs with red backs feed on the seeds, leaves, and flowers of female Box elder trees and shrubs [2].

Therefore, trimming the branches regularly will reduce the number of seed pods while the fallen ones can be taken away from the tree bases.

Cutting down the female trees entirely is another, but rather drastic, solution to keep box elder bugs away.

Another way to get rid of boxelder bugs organically is to rake up fallen leaves around trees and shrubs. Also, remove the pods.

The pods contain sap from the box elder maple tree which is a primary source of food for the nymphs and adult bugs.

As a result, clearing away the pods, leaves, and mulch that harbor the red and black insect will effectively disrupt their life cycle.

This method will kill adult and baby boxelder bugs but may also cause damage to foliage. Spraying hot water from a hose that was heated up in the sun may be less harmful.

This is another vegetable oil derived from the Neem tree seed that is a recognized useful natural pesticide.

This non-toxic repellent is safe to use and causes no damage whatsoever to the plants unless you mix the solution too strongly.

Make a homemade box elder bug spray using neem oil by combining two tablespoons in a gallon of water. Next, add to a sprayer and coat all areas where the critters love to hang out.

Alternatively, you can buy neem oil concentrate that is ready to use.

The scent of essential oils such as tea tree, eucalyptus, lavender, peppermint, and cinnamon work well to get rid of boxelder bugs.

For the recipe, add 20 drops of essential oil of choice to some alcohol. Next, add the solution to a gallon of water.

Use it to spray entryways to repel the critters. They hate the smell of these oils.

Use diatomaceous earth around the base of affected trees and directly onto leaves to get rid of boxelder bugs outside. However, use food-grade DE for those indoors.

This powdery substance causes a process of dehydration in the adult box elder bugs on contact. The nymphs will also die as a result of the sharpness of the diatomaceous earth.

Encircle affected trees with this box elder bug killer from the spring onwards to eliminate the bugs during their life cycle. Also, dust it around window sills and doors later in the year to deter the critters from coming inside your home.

Repeat the application after a rain shower or hosing down.

Monterey contains organic pyrethrin, a natural insecticide derived from chrysanthemum, and neem oil. Both ingredients are active against many types of infestations and plant diseases.

Spray directly onto and under the box elder leaves to eliminate the existing bugs and repel new visitors.

Birds can be your most useful weapon against bad garden bugs.

Thus, setting up bird tables and bird baths near the Box elder trees will attract this natural predator of bugs.

Leaving spiders alone to spin their deadly webs will be beneficial too.

This is a bacterium that occurs naturally in the soil that infects and destroys bugs.

Used as a biological pesticide for large-scale infestations, this method is often employed by farmers to eliminate swarms.

Bt also works great for mosquito control. However, follow the instructions on the package.

At first sight, boxelder bugs are attractive and may cause little to no damage to your home or garden so it may be tempting to leave them alone.

By the end of the summer, when large armies of the red and black beetle start to appear, an organic method of eliminating them may then become a necessity.

The picture above represents adult and nymph boxelders. Photo via commons.wikimedia.org

Organic farmer and co-founder of Dre Campbell Farm. He appreciates everything in nature -- sunshine, plants, animals, and human life.

17 Natural and Homemade Insecticides for Plants

You can get rid of many common garden pests like aphids, mites, thrips, caterpillars, squash bugs, and whiteflies using natural homemade insecticides. One of the best things about making natural insecticides is that you...

10 Best Ways to Use Essential Oils in the Garden

If you want to learn how to use essential oils in the garden, this article is for you. Organic gardening can be challenging, especially when it comes to pest control. However, essential oils can help keep insects away...

8 Ways to Use Coffee Grounds For Plants and Your Garden

There is nothing better than the aroma of hot coffee in the morning. What’s more, if you are keen on organic gardening, used coffee grounds can benefit your plants too. If you’re wondering what to do with...